There are several advantages to go to a 100% mobile communication, beginning by not having to maintain on premises cabling and PABX, and ending with being able to ease remote work providing employees with work apps and company managed communications anywhere.

At the same time, new challenges appear, such as poor coverage in some company premises, which can lead to the opposite result to the expected benefits. A huge spanish bank followed that path this year and had to cope with the fact that in some branches, there was no coverage at all inside the premises, and customers could not get in touch with their advisors.

To solve these problems, operator are offering several solutions, among them the deployment of VoWifi – the ability to place a voice call using the wifi connection instead of operator cells.

VoWifi is of particular interest for operators, as it reduces traffic load on their 4/5G networks, and consequently their costs.

But it also still poses some stability problems, as it is still in early deployment by many operators, and the customer we are talking to are dealing with issues that take time to troubleshoot, with employees complaining there are losing some calls, and lack of information on what resource/connection/type of call of the device at the moment the call was made.

Samoby can greatly help prevent and troubleshoot those problems: 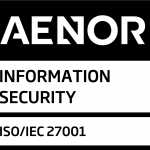 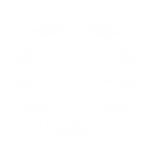